This is an ongoing timeline, showing an overview of the events I discuss in the Cartoon Closet series. It is in progress, and I will continue adding more dates and links to it. If you notice something important I'm missing, please comment, so I can add it in : )


Fredric Wertham in his novel Seduction of the Innocent, out Batman and Robin, and Wonder Woman. 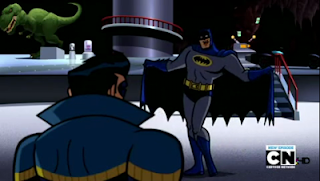 “Only someone ignorant of the fundamentals of psychiatry and of the psychopathology of sex can fail to realize a subtle atmosphere of homoerotism which pervades the adventures of the mature "Batman" and his young friend "Robin."
“It is like a wish dream of two homosexuals living together. Sometimes they are shown on a couch, Bruce reclining and Dick sitting next to him, jacket off, collar open, and his hand on his friend's arm. Like the girls in other stories, Robin is sometimes held captive by the villains and Batman has to give in or "Robin gets killed." 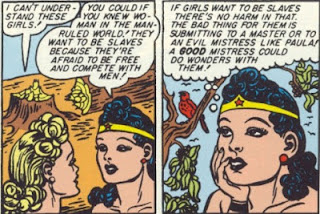 “The Lesbian counterpart of Batman may be found in the stories of Wonder Woman and Black Cat. The homosexual connotation of the Wonder Woman type of story is psychologically unmistakable” 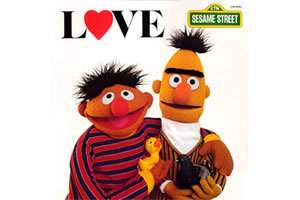 "Bert and Ernie conduct themselves in the same loving, discreet way that millions of gay men, women and hand puppets do. They do their jobs well and live a splendidly settled life together in an impeccably decorated cabinet."
1994

Joseph Chambers goes on a radio rant claiming Bert and Ernie are gay and should be banned from Sesame Street.


“Bert and Ernie are two grown men sharing a house and a bedroom. They share clothes, eat and cook together and have blatantly effeminate characteristics. In one show Bert teaches Ernie how to sew. In another they tend plants together. If this isn't meant to represent a homosexual union, I can't imagine what it's supposed to represent."

Jerry Falwell claims that Tinky Winky is gay and a bad influence for children.


“He is purple — the gay pride color, and his antenna is shaped like a triangle — the gay pride symbol…The character, whose voice is that of a boy, has been found carrying a red purse in many episodes and has become a favorite character among gay groups worldwide”


2005
Focus on the Family founder James Dobson protests the cartoon diversity music video "We Are Family" becuase he believed it involved teaching homosexual propaganda to children. His statement was picked up and mocked by proggresive new medias, that suggested Dobson thought Spongebob was gay. Dobson responded by saying: 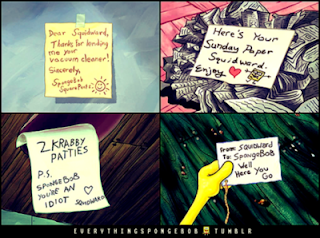 “The video, which millions of children will soon see, features nearly 100 favorite cartoon characters that kids will instantly recognize...The video itself is innocent enough and does not mention anything overtly sexual. Rather, it features the children's cartoon characters singing and dancing along to the popular disco hit "We Are Family."

But while the video is harmless on its own, I believe the agenda behind it is sinister. My brief comments at the FRC gathering were intended to express concern not about SpongeBob or Big Bird or any of their other cartoon friends, but about the way in which those childhood symbols are apparently being hijacked to promote an agenda that involves teaching homosexual propaganda to children."


Due to this controversy, SpongeBob's creator Stephen Hillenburg responded (by repeating a sentement he had first said three years earlier):

"We never intended them to be gay. I consider them to be almost asexual. We're just trying to be funny and this has got nothing to do with the show."

"Such allegations were common in the history of cartoon and children's entertainment. Just think of Laurel and Hardy or Ernie and Bert,"

Postercards from Buster features same sex couples and their children in the "Sugertime!" episode. PBS decided not to distribute the episode, and Margaret Spelling the Secretary of Education threatened to have funding pulled from the station. From a letter Spellings wrote to PBS:

"We believe the 'Sugartime!' episode does not come within these purposes or within the intent of Congress and would undermine the overall objective of the Ready-To-Learn program -- to produce programming that reaches as many children and families as possible."