13 Halloween Cartoons with Protagonists of Color

Halloween is one of my favorite holidays, so I'm starting my blogging for the season a little early this year. This is a list of all the Halloween specials I could find that feature a character of color as the primary protagonist. Not included in this list are ensemble shows that might feature a mixed cast of character.

Mostly this special just follows the gang's Halloween. Going shopping, going to the movies, going trick-or-treating, maybe getting kidnapped by a scary old lady who live near the the cemetery .(spoiler: she's actually a nice). The animation isn't consistent, but it's decent enough considering it's Filmation, and I have a soft spot for the city background art. 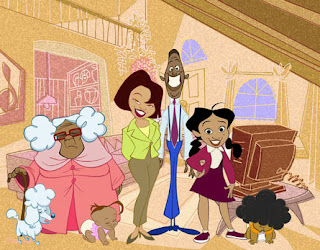 Penny Proud is transformed into a Super Hero on Halloween, which is good luck for her family, because it turns out their house is haunted by a ghost. 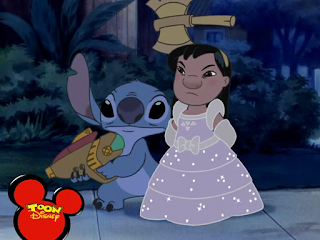 Lilo and Stitch are ready to celebrate Halloween. Unfortunately, one of Stitch's cousins appears with the ability to become whatever someone is most afraid of. This episode shows us all the character's fears and calls back to the movie: showing Nani's fear of Lilo being taken away by the state and Stitch's fear of water. 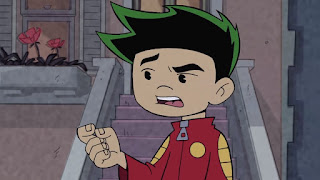 Jake throws a Halloween party, and despite being told not to, he invites both supernatural creatures and humans. Luckily he is able to save the day even with his dragon chi taken away as punishment for his partying.

On Halloween all the monster children become human for the night. One child hates being a monster, and so makes a deal that turns all the children human forever (much to the horror of their monster families). Juniper must help reverse the spell. 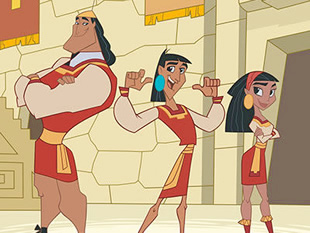 The first story is about Kuzcoween, the Kuzco centered Halloween they celebrate. The second story is about a masquerade ball. Both Kuzco and Kronk want to ask Malina to go with them, but it turns out she has another secret admirer.

Avatar: The Last Airbender: The Puppetmaster (2007)

While not Halloween-themed, this spooky episode was released as a Halloween special. The team stumble upon a village where people are disappearing. They meet a strange old woman, who appears kindly, but is connected to the dark mystery of the village. 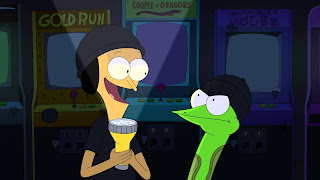 Tufflips and Huggle Bunny host this Halloween episode, which features 5 short "spooky" tales with Sanjay and Craig. None of the stories are too scary, and range from a sort of Hansel and Gretel meets the Island of Doctor Moreau, to a short about drinking haunted milk. Also, we may or may not learn the secret identity of Huggle Bunny in this episode. 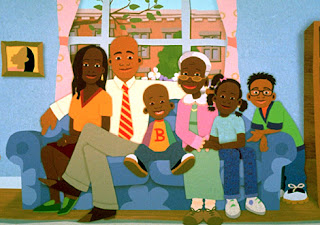 Little Bill makes a Halloween Costume, and is scared on Halloween. 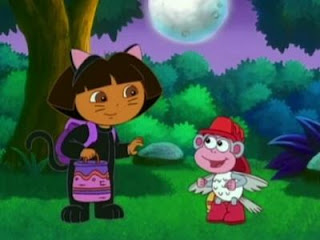 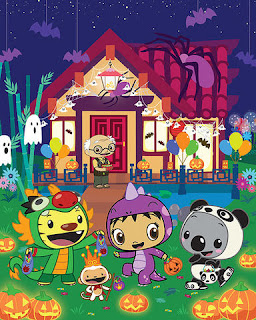 Kai-Lan goes trick-or-treating with her friends. 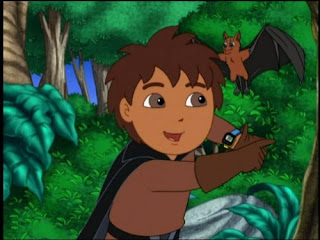 Freddy the fruit bat helps Diego set up trick-or-treat booths for the animals. 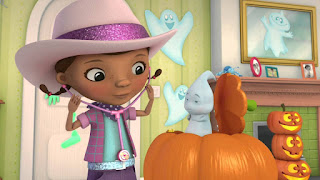 Doc help a little toy ghost learn not to be afraid of the holiday decorations.


Are all of these specials particularly good? No, not all of them. And The Fat Albert Halloween Special and Little Bill are problematic, considering the allegations against creator, Bill Cosby. But there just aren't that many animated Halloween specials with primary protagonists of color, and all the ones I could find were tie-ins to existing TV shows.

If any of you readers have suggestions for cartoons I missed, please comment : )
Posted by Woods at 8:42 PM No comments: