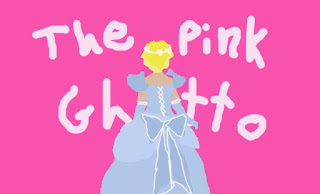 “Something was gained and lost when marketers and video producers began exploiting little girls as a separate market. Little girls found themselves in a ghettoized culture that no self-respecting boy would take interest in; but for once girls were not required to cross over, to take on an ambiguous identification with a group of male characters (120).”
-Ellen Seiter


In animation the Pink Ghetto refers to the segregation of female protagonists to a pink washed world of gender stereotypes -if not in their original material, then in all of their marketing and character based products.  The Pink Ghetto speaks to the still held belief that “female targeting” animation is only valuable to female viewers. While “male targeting” animation is for everyone.