(cartoons have)...always carried the potential for divisions of human/animal, naked/clothed, child/adult, and male/female, playing both and neither as the situation warrants. The characters’ fluidity allows not only for transgressive readings of gender roles, as Sam Abel (1995) argues, but implicit or explicit articulations of same-sex identity, behavior, and desire."

Sometimes when you use quotes like this ("have always carried"), people say that you are misinterpreting older material by filtering it through a modern day context. So, to give an early example of a “male” duo and to show how long the tradition of cartoon ambiguity has existed for I wanted to take a quick look at a newspaper comic strip that started in 1913: Krazy Kat.

The comic was set against gorgeous ever changing desert scenery, as surreal and ambiguous as the title character of the strip. The story followed the adventures of Krazy who is madly in love with Ignatz, a mouse who detests the attention and throws bricks at the cat’s head. Krazy thinks the bricks are a sign of Ignatz devotion. The dog Officer of their town (in love with Krazy), constantly tries to arrest Ignatz for his crimes.

Despite its fanciful setting, gentle punch lines and slapstick, Krazy Kat (the protagonist as well as the comic) dealt with gender norms, sexuality, racial issues, changing technology, and living as an immigrant in a new home country. I highly recommend this article by Elisbeth Crocker, for a more in-depth look.

While the Officer and the mouse are clearly defined as male, Krazy Kat is referred to as both he or she, depending on the strip. Sometimes the punchline would tease at this ambiguity, was “he” being used as a gender neutral term? Was “she” only being mistaken for a lady?

George Harriman, the artist and creator, refused to ever define his protagonist’s gender, Saying that Krazy was, “something like a sprite, and elf. They have no sex. So that Kat can’t be a he or she (pg54).”

Some readers at the time were keenly aware of the potential double readings of the character, and it’s sometimes subversive social critiques. 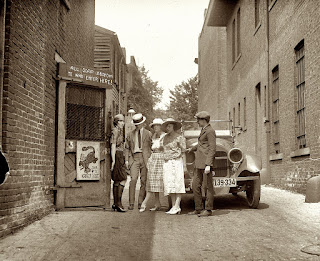 Krazy Kat became the icon for a bohemian speak-easy, The Krazy Kat Klub, that was open from 1918-1925. Whether Krazy Kat was used specifically because of the characters potential gay reading and gender ambiguity, it’s hard to say. But with the overlap of the bohemian art movement and the young gay scene, the club became a popular safe haven for all sorts on the fringe; gays, atheists, musicians, artists, and the young and hip looking for a stiff drink during the prohibition (links here). 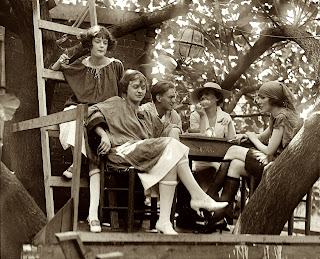