In the my recently published AWN article , I mention how there has been a decrease in the social censorship of LGBTQ themes and that “viewers who are less receptive to such characters are becoming less vocal.” I thought it would be nice to go into a little bit more detail about this and give some examples that show this change. 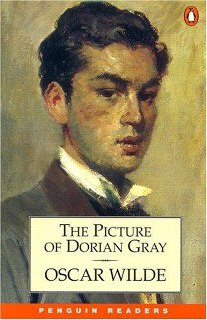 The outing of fictitious characters is not a new phenomenon. When a Picture of Dorian Gray was first released in 1890 media at the time called out the sexuality of the main character, the Scots Observer wrote that the book would be of interest to only those, “outlawed noblemen and perverted telegraph-boys (How Oscar Wilde Painted Over Dorian Grey).”
In 1895 the novel was used to call into question the sexuality of its author Oscar Wilde. When he was put on trial for being gay (or more accurately “gross indecency with other men”), sections of the book were read aloud. The opposing attorney called the novel “sodomitical” and drew comparisons between Oscar Wilde, and Dorian Gray as if the fictional character were a stand-in for the author (pg5).
Some sixty-eight years after the release of Dorian Gray, in 1958, Seduction of the Innocent was published. In this nonfiction novel author and psychiatrist Fredric Wertham, harshly critiqued comic books for their violence and sexual content. One of the chapters dealt with children’s sexuality, and suggested that Batman and Robin were a gay couple, Wonder Woman was a lesbian and that comic books were causing sexual perversion in children.

Unlike in the case of Oscar Wilde, Wertham did not suggest that the writers and artists of these comics themselves were gay. If a comic was “psychologically homosexual,” and had “homoerotic attitudes,” it caused sexual confusion in at risk children (ch. 7), whether or not the intent was to create a gay subtext. While homosexuality was a fear, it was one now proceeded by "oh, think of the children." Gay pulp novels of the time might have been looked down upon, but they did not create the fervor, or social censorship that Wertham did with his writing.
The idea that children’s media or media children consumed could have hidden subversive content and coded gay characters was shocking to the public. Congress at the time began to investigate the claims made in this book, and the comic book industry created the Comic Code: a moral based system of self regulation. To counter act the questioning of Batman and Robin’s relationship Batwoman and Batgirl were created. Wonder Woman similarly turned her focus to her male love interest.
﻿Jumping ahead to the nineties the gay rights movement was going strong, but the country was vastly divided in its support. In 1994 Joseph Chambers, outed Bert and Ernie, saying they were clearly a couple and should be censored due to sodomy laws. This time the efforts to “protect children” was not led by a psychiatrist, but by a Reverend –the divide was becoming one upon religious lines.
Sesame Street Workshops canned response (first issued one year earlier) was, “Bert and Ernie, who've been on Sesame Street for 25 years, do not portray a gay couple, and there are no plans for them to do so in the future. They are puppets, not humans. Articles at the time didn’t bring up that Oscar the Grouch had an on again off again love interest Grundgetta and the Count had a Countess. These two characters heterosexuality didn’t count as having a sexual orientation. A children’s show character was only asexual if they weren’t obviously straight. 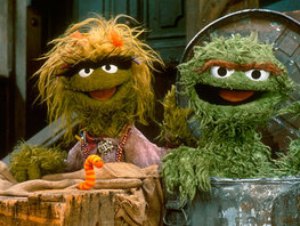 In 2005 the “Sugartime!” episode of Postcards from Buster was pulled from distribution. The show was about an animated bunny who visited real-live children to learn about different cultures. In this episode the children he visited had two mothers. “Sugartime!” was set in Vermont, and focused on the making of maple syrup. The only time the episode specifically brought up fact the parents were gay was when Buster says, “boy, that’s a lot of moms.” Yet the mere inclusion of a lesbian family on a show that’s purpose was to educate about diverse families was made for a media storm.
Margaret Spellings, the secretary of the Department of Education wrote a letter to the PBS CEO, threatening to pull their funding from the Ready-to-Learn initiative saying that the episode violated the intent of the grant, which to quote the grant itself included: Diversity will be incorporated into the fabric of the series to help children understand and respect differences and learn to live in a multicultural society.

Clearly, the issue was not really that the episode violated the terms of the grant, instead it was an issue over what types of diversity were appropriate to teach children about. Pieper, one of the mothers on the episode, articulated this in her response to the controversy, “if we can separate sexual behavior from the identity of the people who are in gay families, I think we’d be a lot better off (Advocate 3/15/2005 The Battle for Kids TV)” 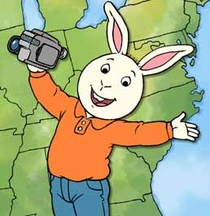 There were those who supported the episode, and in the end some of PBS affiliates did air it, but amid much media debate.
In 2005 a second issue over what was appropriate to teach children occurred; the We Are Family: A Musical Message For All learning program was sent to schools.  In it cartoon and children’s show characters from different channels come together in song, this was paired with a diversity training lesson for the teacher to provide. James Dobson, the Focus on the Family founder, attacked the program for using characters like SpongeBob as gay propaganda.
While the internet helped quickly spread the story, many articles focused in on SpongeBob’s sexuality, which isn’t strange considering the Bert and Ernie controversy, and an earlier 2002 Wall Street Journal article that winked at this idea. What Dobson actually feared, though, was the same thing Spellings did. The We Are Family Foundation was known for being gay-inclusive, and promoting tolerance for everyone, no matter their race, gender or sexual identity. To Dobson, sexuality was an inappropriate type of diversity to teach to children, even if it came in the form of discussing lesbian and gay families.
“Dobson said that while words like “diversity” and “unity” sound harmless, even noble, the reality is that they are often used by homosexual activists as a cover for teaching children that homosexuality is the moral and biological equivalent to heterosexuality (Christian Observer).” This controversy, like the “Sugartime!” one, shows a cultural shift already in occurrence. Conservatives were queenly aware of increasing acceptance of the LGBTQ community and feared children being taught that homosexuality deserved tolerance. 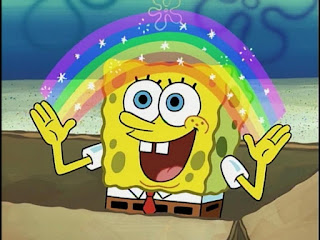 In 2010, though gay characters had been introduced in mainstream comics, and had existed in indie comics for decades, they still did not exist in the small subset of mainstream comics specifically targeting children. In September of that year, Archie changed all that. Veronica #202 introduced an out gay character, Kevin Keller. The issue immediately sold out and was the first Archie comic to ever receive a reprint.
Dan Parent, the creator and writer of the character was surprised at how positive the reception was, they had prepared for backlash, “Not everybody's particularly happy about it, but from where I'm sitting it's been about 98% positive”. Positive enough that the character became a recurring fixture in the Archie universe, received his own mini-series, and then his own on-going series, and is the star of his own novel. There was some opposition, though, and One Million Moms tried to get issue #16 of Life With Archie pulled from Toys R Us, because it showed Kevin Keller getting married. They were not successful and the issue was popular enough to sell out. 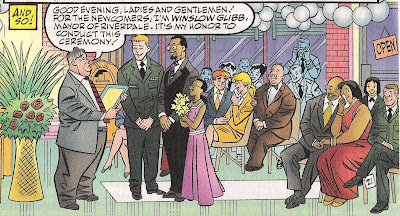 The Archie universe has at times been criticized for being stuck in the fifties. Interracial dating was explored so cautiously, that it wasn’t until early 2010 that the first interracial kiss took place (Comics Alliance). But if a sanitized world like Archie, where romance runs rampant but sex is rarely hinted, at could have such a positive reception (and financial success) from introducing a gay character, a lot had obviously changed. Kevin Keller’s romances were treated as no more inherently sexual then any of the straight characters featured in the series. 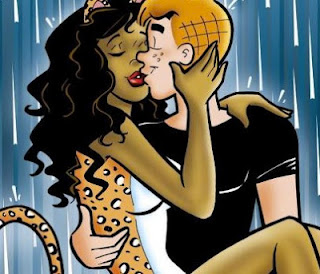 It was only a matter of time before other children’s media followed suit.
In 2011, Bert and Ernie’s sexuality came under media scrutiny for a second time. 17 years since the first incident, the intent of the outing had changed. This time it was led by gay advocates, who wanted Sesame Street to have Bert and Ernie marry, and if this didn’t happen, then they wanted LGBTQ characters added to the cast. Nearly 11,000 signed in support.
Sesame Street Workshop responded with a similarly worded, “Even though they are identified as male characters and possess many human traits and characteristics (as most Sesame Street Muppets™ do), they remain puppets, and do not have a sexual orientation.” But this time around people pointed out the hypocrisy that Muppets with clearly heterosexual orientations were not considered sexual. Viewers wanted to see the diversity of their own lives in the media for their children, and they had no issue loudly proclaiming it.
Which bring us to ParaNorman in 2012. Considering the history of media reaction to the suggestion that a children’s character might be gay, reaction to the first openly gay one was minor. Most of the reviews that negatively pointed out Mitch’s sexuality were relegated to Christian specific review sites that “spoke about witchcraft as equal moral concerns (pg3)."
To check out the AWN article and read about the changing representation of sexuality in American family-targeted animated theatrical releases, click HERE.
To read more about sexuality in child-targeted media, click HERE.
Posted by Woods at 8:28 PM