Until 2012 (when ParaNorman featured the first out character in a western animated children's cartoon) children's cartoon characters didn't just default straight, they couldn't be LGBTQ. Their options were straight, or asexual/non-sexual.
Because being queer was compared to the act of sex, instead of “relationships” or “love” it was considered inappropriate for children in a way straight relationships were not. This was very apparent in the  Sugartime episode of Postcards From Buster.
Controversy arose when Buster visited two family in Vermont that had lesbian parents. The focus of the show was not on the parents, but on the children and on the making of maple syrup. The words lesbian gay, or any other phrase to point out their relationship were never used, and the only time the episode focused on the two moms was when Buster looked at family photos with one of the families daughters. He asked her “So Gillian’s your mom too?” “She’s my stepmom,” said the daughter, to which Buster replied “Boy, that’s a lot of moms.”

Apparently one too many for Margaret Spellings, the Education Secretary who sent PBS a letter stating that: “We believe the 'Sugartime!' episode does not come within these purposes or within the intent of Congress and would undermine the overall objective of the Ready-To-Learn program -- to produce programming that reaches as many children and families as possible.” PBS, had already been hesitant of the content of the episode, and had decided not to distribute it (although some local stations did air it). And while the episode is now available for sale on DVD, it is the only episode of the first season that is not preceded with the notice that “funding was provided by a Ready to Learn No Child Left Behind grant”.
Pieper, one of the mothers that appeared in the Sugartime episode expressed her frustration at having her family censored, and deemed inappropriate for young viewers: “If we can separate sexual behavior from the identity of the people who are in gay families, I think we’d be a lot better off"
Queer desire was deemed inappropriate for children, not just because of a fear of ostracizing conservative viewers, but because gayness was being defined by sexuality (ie inappropriate for children) while being straight was being defined by love (totally cool for kids).
Despite this, coded same-sex desire and coded LGBTQ characters did exist in children's media. But when a company was pressed for confirmation of an ambiguous characters sexuality the answer directs back to one of the two options available: straight or asexual. Even when this forced them to make obvious contradictions about their own show.
Example 1:
Bert and Ernie

“Even though they are identified as male characters and possess many human traits and characteristics (as most Sesame Street Muppets™ do), they remain puppets, and do not have a sexual orientation."

It would be one thing to say that Bert and Ernie arn't gay, but instead a broad claim was made about all puppets on the show. 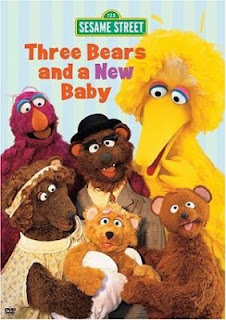 Are we really expected to believe Mama and Papa Bear have no sexual orientation? I mean, they did produce not just one but two baby bears. Heck, both Oscar the Grouch and the Count have had girlfriends. 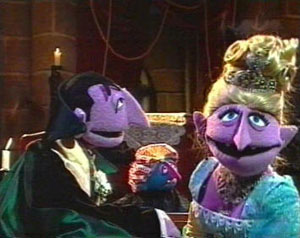 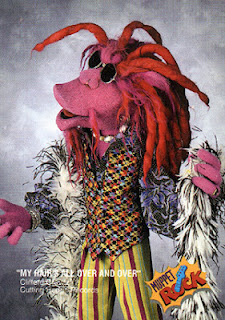 In discussing race and sexuality in children’s cartoons, Heather Hendershot talks about how producers use “animality and puppetness” to avoid controversy. The idea is that a character that is anamorphic doesn’t have a specific ethnicity.

Hendershot suggests that this was the reason that Jim Henson Productions refused to officially declare the race of the clearly African-American coded Clifford of the Muppets Tonight show. She then goes on to tear down the idea that ambiguous creatures like muppets have no race or sexuality:

“In the seventies, it (Sesame Street) proudly declared that Roosevelt Franklin was a black puppet. If it is possible for one puppet to “really” be black, how is it impossible for other puppets to “really” be gay? It’s not really a question of puppet ontology. Puppets, like animated characters, can be gay or black, just as they can be male or female. If producers deny that gay puppets or cartoon characters are possible, it is because they do not think gayness is a desirable quality.” (103)

I should note that this response was to an early time that Sesame Street tried to quell rumors about Bert and Ernies relationship with a very similarly worded quote:

(Bert and Ernie) do not portray a gay couple…they are puppets, not humans.”

What I find really interesting about the most recent Bert and Ernie controversy, is that the statement was made in response to an internet campaign to out (by wedding) the two muppets, and there was a further statement that expressed regret at having had to address the controversy at all.

"I'm 100% committed to equality for all," Daniel De Simone wrote. "But this was a silly, trivial campaign that put Sesame Street in an extraordinarily unfair dilemma."

An unfair dilemma, because no matter how much Simone might want to be 100% committed to equality for all, this did yet include equality in media representation.

Every Character Ever In Any Disney TV Show

"There have been characters on Disney Channel who I think people have thought were gay. That’s for the audience to interpret ...Well, just to speak sort of in the 30,000-foot level first, we don’t deal with sexuality on the Disney Channel in general. That’s just sort of not where our audience’s head’s at. They’re really a pre-sexual audience, for the most part, and so sexuality is not how we look to tell any kind of stories.”

*cough* *cough* yes Disney NEVER deals with any sort of romance in any of their shows, their arn't any heterosexual couples featured EVER, I mean even the iconic Mickey Mouse was about as asexual as you can come by...

Gary Marsh also seemed very uncomfortable at having to pin down an answer about gay characters on Disney TV, and he goes on to say:

"We leave it up to our audience to interpret who these characters are and how they relate to them...And that's what we're trying to do -- create a diverse cross section of characters on television that kids can have different access points and entry points to connect with"

Again, Marsh might want to create a diverse cast of characters that any kid can connect to, but this does not yet include gay characters.

I find moral censorship in children’s media very fascinating because it reflects on our changing social values and what we culturally find appropriate for all ages. It also has created a situation strikingly similar to the Hays Code for writers of children’s shows, and I think their response has been similar. Controversial topics are discussed subtly, double coding abounds, and writers see how far they can push the censors.

Jeffrey P. Dennis,in discussing this in children's cartoons, writes: “In sophisticated eras, animators can interject, and audiences can decode, overt signs of same-sex desire, and even specifically gay-identified characters.”

Like how it was during the Hays Code, when, as Russo says (in The Celluloid Closet): While on the lookout for overt reference to stereotypical homosexuality, censors missed the ephemeral emotional commitments… (92)”


So, where does that leave us? If studios refuse to acknowledge LGBTQ+ characters, and writers are unable to admit that being the intent of a character they’ve written, and the character themselves are not allowed to act on same-sex attraction, then surely non-heteronormative characters simply didn't exist before 2012. Right? And if they did, how would we know it?

Part 2: They Totally Exist (but not officially)
Posted by Woods at 11:56 PM