Good Luck Charlie, Lesbian Moms, and All That Jazz

Good Luck Charlie is unique to the Disney Channel, in that it was designed to be a sitcom that reached the family market. With hopes of expanding their live action comedies from their current shows that primarily targeted the 9-14 year old crowd, to something that could reach across generational lines. According to Chmielewski, Disney wanted to recapture the types of audiences that watched The Cosby Show or The Wonder Years. 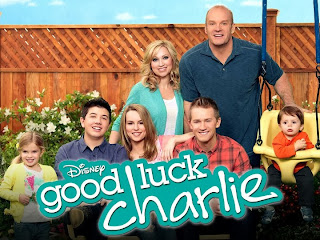 "Disney Channel's attempt to capitalize on the timeless appeal of the family sitcom in hopes of luring children and adults reflects a larger industrywide return to more inclusive comedies -- such as ABC's "Modern Family," CBS' "The Big Bang Theory" and Fox's high school-centered musical comedy "Glee."(Chmielewski)."

Premiering April 4th, 2010, Good Luck Charlie is currently airing it's forth and final season (the season finale will air on February 16th). In 2011, 21% of it's audience was 18-49 (Gorman), airing during Prime Time, it has garnered high ratings (here, here). And recently Good Luck Charlie featured the first same sex couple (and official LGBTQ characters) on the Disney Channel ever.


I have written before about Disney wanting to reach out to wide audiences, but their caution about ostracizing current viewers. As a company Disney likes to play it safe, and they have for years hedged their bets when that inclusion deals with sexuality. 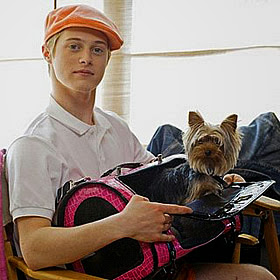 For example, Ryan Evans is the ambiguously gay character of High School Musical. A campy theatrical drama queen, he is coded with as many stereotypical rainbow colors as a gay character in a Hays code film.


Simpatico the playwright of the stage production, said he considered Ryan a gay character, and developed the play accordingly. Ryan swoons about how attractive the male lead is, and has pictures of hunky men in his school locker. These choices had to have been approved by Disney. Yet, Ryan is not an out character. Disney has no statement to make about his sexuality. 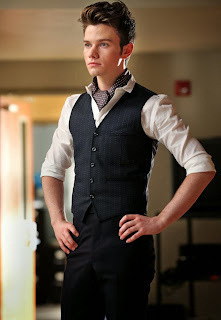 Kurt Hummel, could be seen as the Ryan Evan's counterpart in Glee, except that the series explicitly deals with his sexuality. In fact, Glee deals with all different shades of sexuality, and types of difficult teen issues. Glee was embraced as a family show. An article published in 2011 that looked at 6 months worth of television viewer data, found that Glee was the 4th most popular show for the 12-34 year old market, with an average of 3.9 million viewers from this demographic. In 2012 Glee took home three Teen Choice Awards.

Though Disney clearly sees it's "family friendly" image as a core part of its identity, by trying to not offend any of their viewers they are making themselves less relevant to the same demographic they are marketing to. They are facing a parental generation in divide over whether or not LGBTQ characters should be considered family friendly (much to the chagrin of actual gay families), but the youth have spoken. 81% of voters aged 18-29 support gay marriage. Children flock to shows like Glee.

Disney's silence and lack of representation has been drawing attention. Good Luck Charlie was a perfect choice to take their first tentative step into admitting that, yes LGBTQ people exist. This is a show that targets an older demographic range, airs later, the two mothers shown are not going to be recurring characters, and the show is being canceled. This was as safe a situation as Disney could have asked for. The episode does little more then simply show that gay parents exist, and that its not a big deal.